Below are some of the basic Bible Truths that we stand for, but our first priority is to preach Jesus Christ and Him crucified that sinners might be saved.

God is a triune God existing in three Persons (the Trinity): God the Father, God the Son and God the Holy Ghost.
I John 5:6-7 “This is he that came by water and blood, even Jesus Christ; not by water only, but by water and blood. And it is the Spirit that beareth witness, because the Spirit is truth. For there are three that bear record in heaven, the Father, the Word, and the Holy Ghost: and these three are one.”

The Bible is the inspired, completed, and preserved Word of God; therefore it is the final authority in all matters of life, faith, and practice. We preach and teach from the King James Bible.
Psalms 119:89 “For ever, O LORD, thy word is settled in heaven.”, Psalms 12:6-7 “The words of the LORD are pure words: as silver tried in a furnace of earth, purified seven times. Thou shalt keep them, O LORD, thou shalt preserve them from this generation for ever.”

That man, a created being, by his own choice sinned against God bringing upon himself damnation and the need for a Saviour.
Romans 5:12 “Wherefore, as by one man sin entered into the world, and death by sin; and so death passed upon all men, for that all have sinned:”

That Salvation is only by the grace of God through faith in the Lord Jesus Christ and the shedding of His blood. Ephesians 2:8-9 “For by grace are ye saved through faith; and that not of yourselves: it is the gift of God: Not of works, lest any man should boast.” 1 Peter 1:18-20 “Forasmuch as ye know that ye were not redeemed with corruptible things, as silver and gold, from your vain conversation received by tradition from your fathers; But with the precious blood of Christ, as of a lamb without blemish and without spot: Who verily was foreordained before the foundation of the world, but was manifest in these last times for you,”

That Christ was born of a virgin.
Matthew 1:23 “Behold, a virgin shall be with child, and shall bring forth a son, and they shall call his name Emmanuel, which being interpreted is, God with us.”

That Jesus Christ was sinless and walked on the earth as God in the flesh.
Isaiah 9:6 “For unto us a child is born, unto us a son is given: and the government shall be upon his shoulder: and his name shall be called Wonderful, Counsellor, The mighty God, The everlasting Father, The Prince of Peace.”

The physical death, burial and resurrection of Christ.
John 19:33 “But when they came to Jesus, and saw that he was dead already, they brake not his legs:” Mark 15:46 “And he bought fine linen, and took him down, and wrapped him in the linen, and laid him in a sepulchre which was hewn out of a rock, and rolled a stone unto the door of the sepulchre.” Matthew 28:5-6 “And the angel answered and said unto the women, Fear not ye: for I know that ye seek Jesus, which was crucified. He is not here: for he is risen, as he said. Come, see the place where the Lord lay.”

That Salvation is for whosoever that will receive Him when convicted by the Holy Ghost.
II Peter 3:9 “The Lord is not slack concerning his promise, as some men count slackness; but is longsuffering to us-ward, not willing that any should perish, but that all should come to repentance.” Romans 10:13 “For whosoever shall call upon the name of the Lord shall be saved.”

A real and literal eternal Hell for the lost.
Revelation 20:12-15 “And I saw the dead, small and great, stand before God; and the books were opened: and another book was opened, which is the book of life: and the dead were judged out of those things which were written in the books, according to their works. And the sea gave up the dead which were in it; and death and hell delivered up the dead which were in them: and they were judged every man according to their works. And death and hell were cast into the lake of fire. This is the second death. And whosoever was not found written in the book of life was cast into the lake of fire.”

A real and literal eternal Kingdom of God for the Saved.
John 14:1-3 “Let not your heart be troubled: ye believe in God, believe also in me. In my Father’s house are many mansions: if it were not so, I would have told you. I go to prepare a place for you. And if I go and prepare a place for you, I will come again, and receive you unto myself; that where I am, there ye may be also.”

The two ordinances of the Church: the Lord’s Supper and water baptism by immersion.
I Corinthians 11:23-26 “For I have received of the Lord that which also I delivered unto you, That the Lord Jesus the same night in which he was betrayed took bread: And when he had given thanks, he brake it, and said, Take, eat: this is my body, which is broken for you: this do in remembrance of me. After the same manner also he took the cup, when he had supped, saying, This cup is the new testament in my blood: this do ye, as oft as ye drink it, in remembrance of me. For as often as ye eat this bread, and drink this cup, ye do shew the Lord’s death till he come.” Matthew 28:19 “Go ye therefore, and teach all nations, baptizing them in the name of the Father, and of the Son, and of the Holy Ghost:” Colossians 2:12 “Buried with him in baptism, wherein also ye are risen with him through the faith of the operation of God, who hath raised him from the dead.”

That the Church will be called away in a pre-tribulation rapture.
Revelation 4:1 “After this I looked, and, behold, a door was opened in heaven: and the first voice which I heard was as it were of a trumpet talking with me; which said, Come up hither, and I will shew thee things which must be hereafter.”

The Premillenial Second Coming of Jesus Christ.
I Thessalonians 4:13-18 “But I would not have you to be ignorant, brethren, concerning them which are asleep, that ye sorrow not, even as others which have no hope. For if we believe that Jesus died and rose again, even so them also which sleep in Jesus will God bring with him. For this we say unto you by the word of the Lord, that we which are alive and remain unto the coming of the Lord shall not prevent them which are asleep. For the Lord himself shall descend from heaven with a shout, with the voice of the archangel, and with the trump of God: and the dead in Christ shall rise first: Then we which are alive and remain shall be caught up together with them in the clouds, to meet the Lord in the air: and so shall we ever be with the Lord. Wherefore comfort one another with these words.”

Marriage is a Sacred union between one naturally born man and one naturally born woman until parted only by death.
Matthew 19:4-6 “And he answered and said unto them, Have ye not read, that he which made them at the beginning made them male and female, And said, For this cause shall a man leave father and mother, and shall cleave to his wife: and they twain shall be one flesh? Wherefore they are no more twain, but one flesh. What therefore God hath joined together, let not man put asunder.” Leviticus 18:22 “Thou shalt not lie with mankind, as with womankind: it is abomination.” Romans 1:26-27 “For this cause God gave them up unto vile affections: for even their women did change the natural use into that which is against nature: And likewise also the men, leaving the natural use of the woman, burned in their lust one toward another; men with men working that which is unseemly, and receiving in themselves that recompence of their error which was meet.” 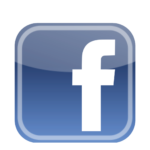 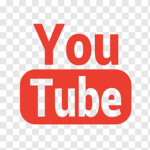 "But my God shall supply all your need according to his riches in glory by Christ Jesus."
- Philippians 4:19